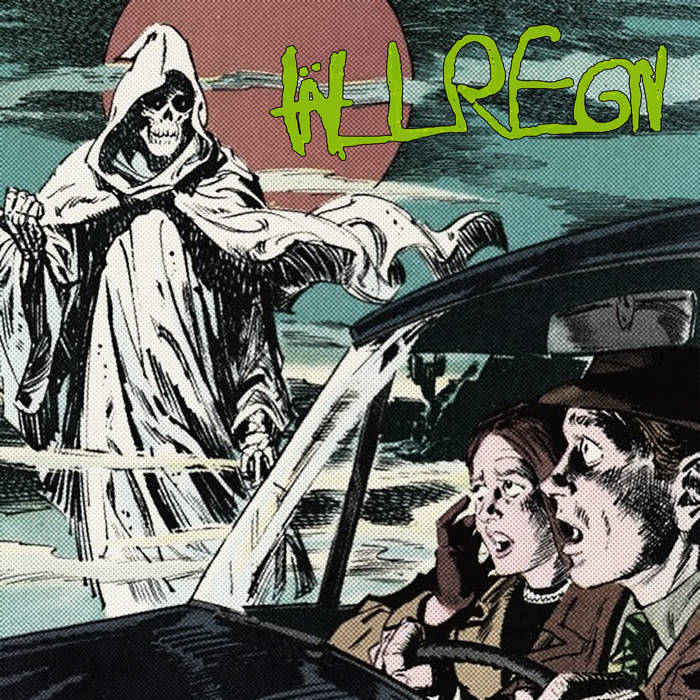 Sara Hedberg started Hällregn in the summer of 2016 when she wanted to do something that was not as smashy punk rocky as her second band: Sju Svåra År and Burning Kitchen. It would be a bit more Dead Moon-sprained and rather garage / pop than pure punk. Another reason was that she wanted to play more and it was not enough with the other bands. Sara booked a studio for Hällregn before they even had the first rehearsal. &quot;I wanted to kick our asses right away,&quot; she explains. &quot;We recorded four songs the second weekend in November, I said, raging a bit with the whip. And we did!&quot; Daniel had not played bass for over 15 years, and Jens had a slipped disc. But they completed the songs thanks to a very patient response by Mattias Kennhed (guitarist from cult band House of Usher) in Communichoas Media Clay Station. Sara finds that it is difficult to describe how Hällregn sounds, but she is inspired by artists like Monica Törnell, Mattias Alkberg, Bell Witch, Arja Saijonmaa, Roky Erickson, Henrik Palm and Stevie Nicks. Another source of inspiration is authors as Bodil Malmsten, John Ajvide Lindqvist, Kerstin Thorvall, Tone Schunnesson and Vilhelm Moberg.

Bandcamp Daily  your guide to the world of Bandcamp

Cannibal Corpse's George "Corpsegrinder" Fisher stops by for an interview